Sud Charente is surrounded by so many world-class wine producers that for years Charentais wine has felt like not just the poor relation but the aunt locked in the attic who no-one mentions. But things are changing as more vineyards diversify from Cognac into wine production and festivals such as Gastronomades promote the innovative producers of Vin de Pays Charentais.

Many of us first tasted Charente's vino on our holidays and being summer found ourselves sipping a fresh and fruity glass of the region’s white. And then another, whilst wondering why we’d never seen it on our supermarket shelves. So if you’d like to know more, why not pour yourself a glass, and read on.

The Charentais whites are mostly made with the ever popular and familiar Chardonnay and Sauvignon, as well as the less known Ugni Blanc and Colombard grapes (which are varieties used to make Cognac). It’s incredibly good value and very drinkable.

The reds are made from a whole range of grape varieties, among which Merlot Noir, Cabernet Sauvignon, Cabernet Franc and Pinot Noir dominate. You might expect to notice notes of ripe red fruits with a little spice, whilst the soft tannins give them some depth.

Wine has been grown in the region for 2000 years but it really took off in the Middle Ages to meet the growing demand of the English and Scandinavian nobility. Back then, Charentais wine was all the rage and no-one rated the stuff from Bordeaux. The Phylloxera epidemic in the late 19th century annihilated the region’s vines and their growers and caused an 85% drop in production. By the late twentieth century 100,000 hectares were re-planted although the majority of the wine was distilled to produce Cognac. But then came legal limitations for Cognac production which forced winegrowers to diversify into quality still wines. Which is good news if you want to find something delicious to remind you of your holidays.

Instead of stocking up in Intermarché it’s much more fun to taste and buy from a small producer. Many people get shy of wine tasting and believe the hype that wine tasting is something for experts. It’s a shame, because as one restauranteur told me: ‘You know if you like Strawberry, Chocolate or Vanilla. It’s not complicated. Just think about wine in the same way.’ But if you do want to impress your friends or have an idea what to look out for when your twirling your glass there’s a crib sheet below of some the grape varieties you might find in the area.

• Geoffrey Valentin is the biggest player in the locality. We discovered him at the Montmoreau wine festival in March, whilst looking for regional wines. He was the only local producer there so naturally we had a taste. We liked it enough to buy a case of red and one of white. We felt vindicated when we discovered he was honoured in the National wine awards: Concours des Vins with his 2017 Blanc. You can find him at Le Petit Cousinaud, 16480 Guizengeard, lepetitcousinaud.com

• Blandine and Anne-Laure Conte’s vineyard, rooted for five generations on the limestone valleys of Charente, is an example of Cognac maker turned wine producer. They are open Monday-Saturday from 9h to 18h at Domaine Conte et Filles, Chez Grimaud, 16480 Chillac http://www.contefilles.com/

• Winemakers Nicole and Gilbert Guitton operate a vineyard of 10.5 ha in the region bounded Cognac. On the clay and limestone soils of the Petite Champagne AOC, they grow Sauvignon Blanc for the Vin de Pays Charentais white plus Merlot and Cabernet Sauvignon for Pineau Rosé, Vin de Pays Rosé and Vin de Pays Rouge. To reduce the chemical weedkillers, the plots are grassed between rows of vines. Find them at Les Bourdeaux, 16300 Guimps. Tel: +33 (0) 5 45 78 93 55. Open every day until 6.30pm, Saturday 9am to 6pm

• Denis Benoît's family farm is in Baignes, which is a Cognac appellation area. The vineyard is 26 hectares on clay-limestone soils, most of which is dedicated to Cognac, 1 hectare is reserved for Pineau and 7 hectares are used to produce Vin de Pays. He was awarded at the 2017 Concours Général Agricole for his Pineau des Charentes blanc. Open Monday to Saturday from 8h to 12h.

• The tourist office in Chalais have some handy little maps of a wine growers you can visit by bike.

• Driving south into Gironde is like driving through the aisle of Oddbins. One of my favourite days out is to St Emilion. If you yearn to learn about and taste their world famous premier cru grand classé wines I thoroughly recommend a few hours with expert viticulturist turned oenologist Hugo Stefanski. Hugo with his impeccable English has a depth of knowledge and passion for the subject that can entertain and enthral everyone from an indiscriminate drinker to your family’s wine expert. He’s based at Wine Not, 23 Rue de la Porte Bouqueyre, Saint-Émilion https://winenot-cellar.com/ and has access to Chateau La Gaffelière, a world-class vineyard, which has the unique distinction of being one of the oldest, family owned vineyards in the St. Emilion appellation of Bordeaux. The trip and the wine tasting is free but it’s hard to leave his shop without making a series dent in your bank balance.

• Amuse Bouches is based in Aubeterre and offers local wine tours and tasting http://www.amuse-bouches.fr/

Ignoring all the famous ones here are a few grape varieties I’d never even heard of until I started looking into the wine of this region - in spite of the wacky names. If you could memorise them it will guarantee ‘expert’ status.

Alicante H Bouschet Black creates a strong alcoholic, colourful wine with aromas of ripe fruit and spices. This hybrid is the result of a cross in 1886 between Grenache and Petit Bouschet. It is a dyer variety, usually used to enhance the colour of wines.

Black Arinarnoa produces colourful and fruity wines with aromas of caramel, blackcurrant, stewed fruit and some violet. It’s a grape variety from Merlot and Petit Verdot, which is mainly grown in France.

Egiodola Black This grape creates a very colourful and aromatic wine. Full-bodied and tannic, it is especially interesting when used to produce early wines or rosé wines. Originally from France, Egiodola was born from a cross in 1954. It can be found in many French vineyards, including vineyards in the southwest.

Négrette Noir (also known as Folle Noire) produces very dark coloured wines, with low acid and richly aromatic. Violet, red fruits such as raspberry and liquorice are the main aromas of the Négrette.

Mad White: La Folle Blanche, originally from the west of France, was used for the production of Cognac and Armagnac eaux-de-vie from the 17th century. It creates vivid white wines, with little alcohol but with marked acidity and often brings a perfect and an exquisite bouquet. It was replaced in Cognac by the white Ugni following the invasion of phylloxera, so the crazy white is now only grown in small quantities.

With aromas of grapefruit and boxwood, complemented by a light touch of toast and smoke, the wine is very complex. The taste reveals aromas of menthol and orange. Sauvignon Gris is a variety resulting from a mutation of Sauvignon. It is grown in several vineyards of Nouvelle Aquitaine, mainly in Gironde and Charente / Charente-Maritime.

Arriloba gives fine wines of a beautiful light yellow colour with brilliant reflections. These wines are of low acidity, evolving with ageing towards floral, fruity and honey aromas.

This variety, which was grown in the Charente between the 13th and 18th centuries, had almost disappeared from vineyards. It entered the specifications of IGP Charentais wines in 2014. It has complex aromas that are both fruity (white fruits) and floral and these wines have finesse and elegance. 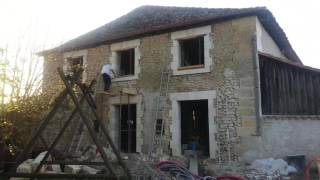